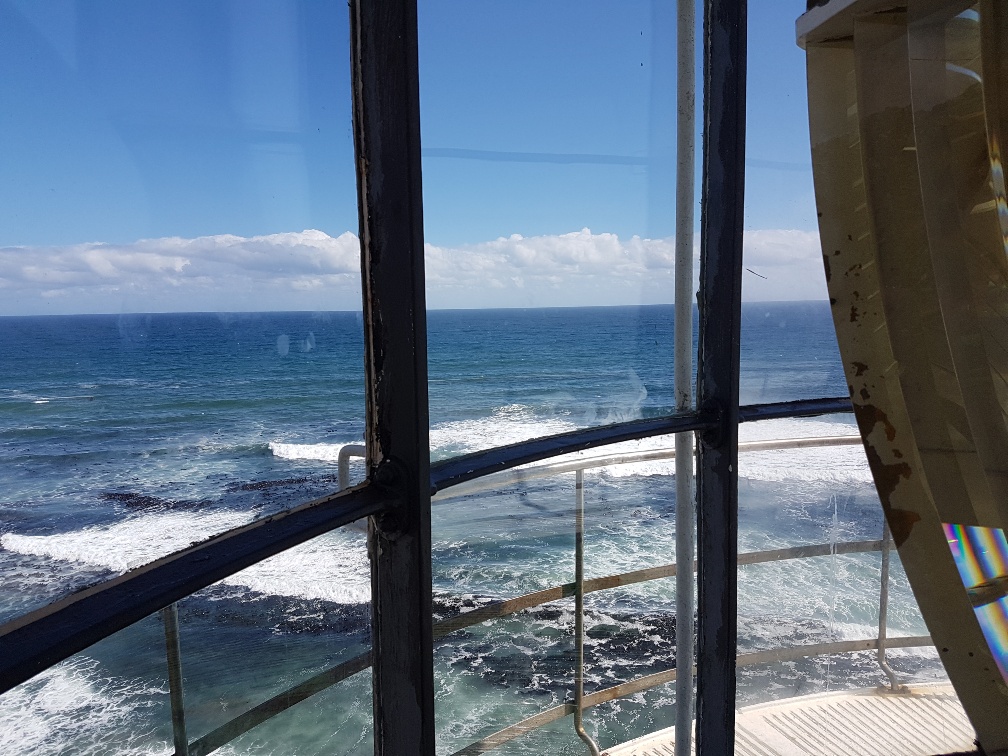 A pleasant detour along the Cape Peninsula route has to be a visit to the Slangkop Lighthouse, Kommetjie which was established in 1919.

I was fortunate to meet Cyril, currently the keeper of Slangkop Lighthouse and has been working in lighthouses around our coastline for 25 years and able to share many stories about the history of lighthouses in South Africa.

Slangkop Lighthouse is open to the public Monday-Friday between 10m-3pm and for a small charge of R16, you can climb up inside and see the views.

Cyril explained how the architecture moved towards iron structures by the beginning of the 19th century and that each of these iron panels arrived by ship from England and were bolted together to build the current lighthouse.

View from inside Slangkop lighthouse

Views from the top

The circular lighthouse is 33m in circumference and made entirely of cast iron.  It was painted white so that it would be visible against the green backdrop of the mountain from the ocean.  Commissioned by the Govenor of the Cape of Good Hope, Sir Francis Hely-Hutchinson, and became fully automated in 1979.  The Slangkop lighthouse draws its power from the Cape Municipality and has a stand-by diesel alternator as a back-up.