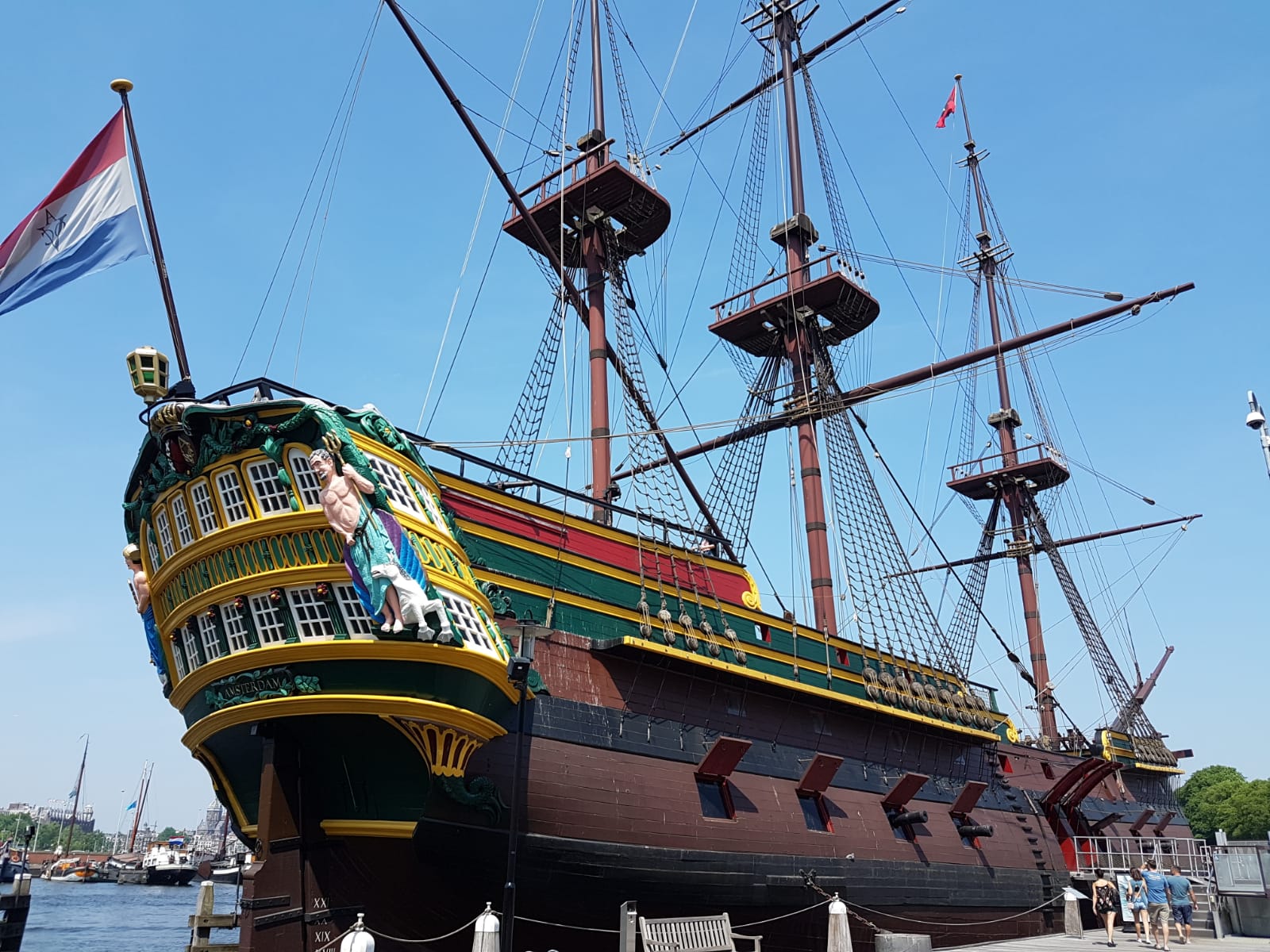 This model of the Dutch East Indiaman Africa is located inside the museum at the Castle of Good Hope. She was built in Rotterdam in 1673 and on her fourth voyage she arrived at the Cape in July 1683, but sank April 1684 in a storm north of Mauritius on the return voyage.

The East Indiamnn were large, armed ships carrying passengers and cargo and built specifically for the trading routes between Europe and Asia. They were designed to carry as much cargo as possible rather than speed, and when their need demised, they were ultimately replaced during the late 1830s with a smaller, faster ship, the Blackwall Frigate.