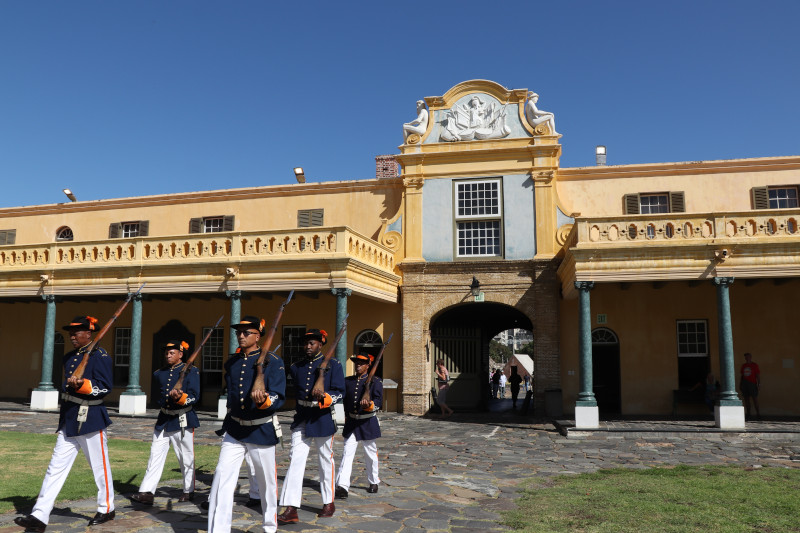 Castle of Good Hope: The Beginning

Castle of Good Hope: The Beginning

One of my most common questions/comments is why our Castle of Good Hope does not look like a castle, but a fort?

The very first castle was a square, and when Jan van Riebeeck left Cape Town (after ten years of service as the Governor), in 1662 for Batavia, he left behind an inadequate defense system for the newly appointed Governor Zacharias Wagenaar.

Two years later, 1664, war broke out between Britain and the Netherlands, so the VOC sent instructions that a stronger fort was required.

Medieval castles (Europe), had traditional towers, a wall and moat so that archers could fire down from the towers, plus act as retreat for further resistance should the castle wall be breached. With the improved gunpowder quality and gun-making techniques, these designs became more vulnerable as muzzle speeds increased with a greater weight of shot.

Isbrand Goske arrived at the Cape with his assistant, Peter Dombaer (master builder and engineer) and brought with them the plans for the new castle. These plans were based on the new modern type fortress made famous by the French fortress engineer, Sebastian Vauban. Vauban's designs included geometric design which established clear lines of fire and at the same time offering concealment and protection.

Intial ideas were to build the new castle around the original fort, and once completed, demolish the fort. It was decided that this would not work as it would leave the Cape without any defense. Once the new site was selected close by, the mammoth task began.

Stone was taken from the granite outcrop on Signal Hill. Long holes were bored into the rock, filled with gunpowder and resealed for maximum explosion to displace the rock. The rocks were broken up and transported to the site in a cart drawn by six oxen.

At the building site, 200 soldiers cleared the shrubbery and began digging the foundation. Shells were transported from Robben Island and burned to obtain lime which were mixed with clay (ratio of 1:1) for mortar. Two lime kilns were built and imposed a strain on depleting firewood at the Cape.

It is believed that the foundation stone lays underneath Leerdam bastion.